Metro Diner opened early this year in Madison, AL. We were excited to try to a new diner option in the Tennessee Valley, and Metro Diner did not disappoint.

Even though we went on a Saturday during a very busy weekend, we were seated fairly quickly. When I walked in, I immediately was reminded of a diner in my hometown in rural Iowa. Patrons of all ages filled the many tables and booths and the restaurant buzzed with conversation and the clinking of plates. Our server was attentive and brought us some hot tea and coffee while we read over the menu. 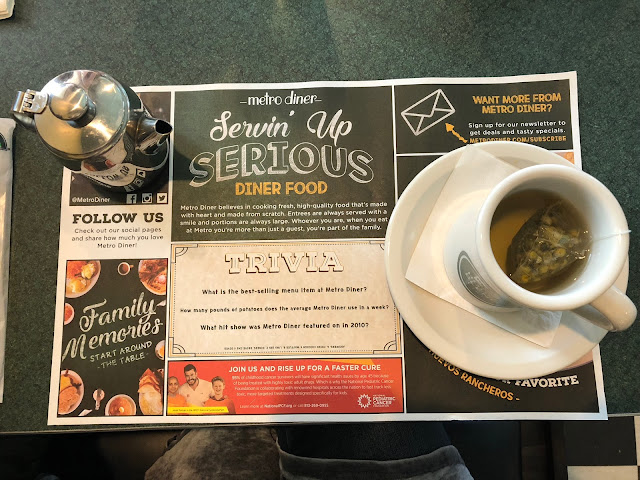 I did some research before visiting Metro Diner and found out that Guy Fieri visited the Jacksonville, FL location and featured the restaurant on his Diners, Drive-Ins and Dives show on Food Network. Huntsville and Madison are both attracting a variety of great restaurants, so it was exciting to see this spot added to the list of local dining options.

When our server returned to take our order, she was more than willing to suggest particular dishes or describe a dish that we weren't sure about. The Fried Chicken and Waffle was a popular guest choice, so I decided to order this dish, which was one of the most expensive items on the menu at $15. My husband chose to order the Charleston Shrimp and Grits, and our friend ordered the Croissant French Toast with eggs, a biscuit, bacon, and hash browns on the side.

It did take a while for our order to get to us, but we expected this with the heavy crowds pouring into the restaurant. Before my Chicken and Waffle came out, our server mixed syrup and hot sauce at our table. Once the food did arrive, I tried dipping the chicken into the sweet-hot mixture. It was heavenly. The chicken was juicy with a delightfully crispy breading, and there were at least three pieces of chicken on my plate. In addition to the chicken, my dish included a waffle topped with strawberry butter. My only complaint about this meal was that the strawberry butter disappeared far too quickly. Since I ended up taking home leftovers, the higher priced meal was reasonable.

The Charleston Shrimp and Grits consisted of two grit cakes topped with andouille sausage, shrimp, and lots of gravy. This dish had just enough kick and wasn't overly rich.

The Croissant French Toast was recommended by our server and consisted of battered and grilled croissant halves that were topped with strawberries. The hash browns, biscuit, and bacon that came with the meal were pretty standard for diner offerings. Our only complaint was that the scrambled eggs were slightly runny. 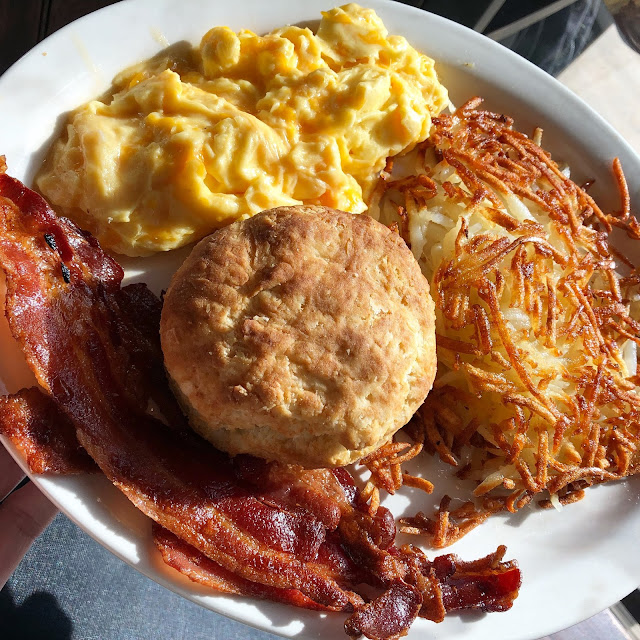 Overall, we loved our visit to the Metro Diner. Prices were reasonable and the food was oh so comforting. We can't wait to go back! 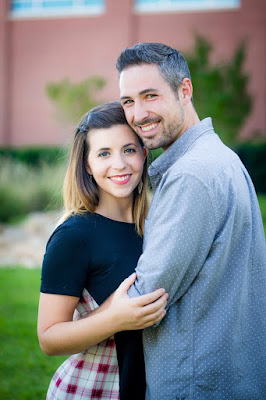 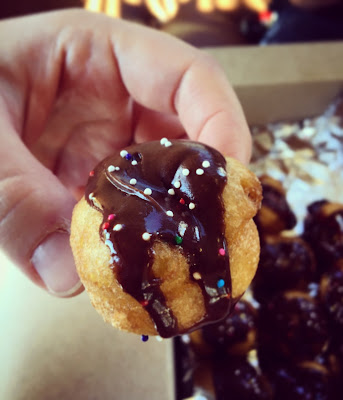